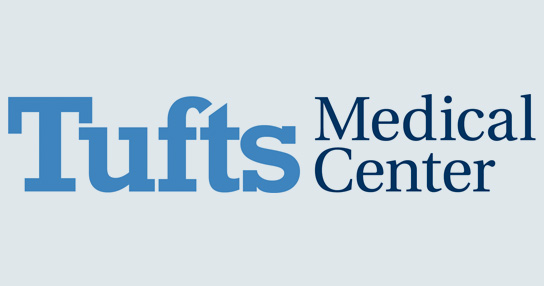 Anyone who has ever been near a hospital emergency room - due to their own illness or that of a family member, or friend - probably has seen saline solutions or medications delivered intravenously.  A catheter is inserted into the arm, a saline bag is hung on a nearby pole, and the "IV drip" delivers fluid quickly and effectively.

But for more serious cases, when a mere drip is not enough, or when the drugs being administered are so caustic they can damage smaller veins, clinicians have to insert a central line into the patient - and that involves entering the jugular vein, or the vein in the chest below the collarbone, or the large vein in the groin.

Any foreign object such as a catheter inserted into a patient may present a pathway for pathogens to enter the body, and large central lines that terminate close to the heart and that remain in the body for long periods of time are no exception. Staphylococcus aureus and Staphylococcus epidermidis sepsis are serious, potential consequences of central line insertions; nearly 13,000 such "central line-associated bloodstream infections" (CLABSIs) occur each year in the U.S., sometimes resulting in fatalities and always resulting in additional cost per patient, ranging up to $40,000 by some estimates.

But the number of CLABSIs is dropping rapidly across the U.S. because of the efforts that hospitals have undertaken.

At Tufts Medical Center (Tufts MC) in downtown Boston, the small team that was assembled to reduce, or eliminate, CLABSI has had remarkable success.  Since 2010, through a daily effort that has involved the hospital's most senior leadership, nurses at the bedside, and assistive personnel, Tufts Medical Center reduced central line-associated bloodstream infections by 80%. In some of its units, Tufts MC has had 600 and 800 CLABSI-free days - that's zero infections for every day a patient has had a central line inserted into his or her body.  The hospital's CLABSI rate of 0.69 per 1000 central line days is far below the national average.

Dorothy DiDomenico, R.N., BSN, a professional development manager at Tufts MC, says 100% of cardiac thoracic inpatients   have a central line, which demonstrates how important they are to keeping patients alive. Yet the first line of defense against CLABSI is to evaluate each line each day to determine the risk/benefit of its use.

Tufts MC, like many other hospitals in Massachusetts and throughout the U.S., is basing its improvement efforts on the CUSP: Stop BSI initiative, which uses a "comprehensive unit-based safety program" (CUSP) to stop bloodstream infections. Teams follow a bundle of six steps and then focus on changing the culture of a hospital to address a particular infection problem. Under CUSP, traditional hierarchies are broken down, teamwork is encouraged, and everyone has an equal role in ensuring high-quality, safe patient care.

"Many places throughout the country are doing the same things we're doing - following the same 'bundle' of best practices," says Erik Garpestad, M.D., director of the Medical Intensive Care Unit at Tufts Medical Center  "But we found additional best practices, the steps doctors and nurses were taking within their units to achieve better outcomes."

The six main parts of the best-practice bundle are:

Remove unnecessary central lines. Assess the need for a central line every day. Does the patient really need the line? Can other ways of introducing medications be used? And once it's used, how quickly can a central line be removed?
Wash hands prior to inserting central lines.  A seemingly obvious step, but one that all hospitals have to stay on top of. Touching one patient, sheet, cup, or pen after your hands are washed means you have to wash your hands again.
Central Line cart. Each area in the hospital has a cart specifically designed with all the items needed for central line insertion.  This ensures all items necessary are readily available.
Use maximal barrier precautions during line insertion. That is, don't just cover the neck area if you're inserting a line into the jugular vein; rather, cover the entire body so that if an end of the line flops down during insertion, it doesn't hit the patient's skin but rather lands on a sterile cloth. Barrier precautions also include caps, masks, sterile surgical gowns, and sterile gloves for the operators.
Clean skin with chlorhexidine. It's an antiseptic that simply has proven far more effective than other substances such as rubbing alcohol.
Avoid the femoral site when inserting lines.  Of the three places to insert a central line - jugular, subclavical, or femoral - the latter has the potential to be the most unclean and susceptible to soiling.  Sometimes, however, it is the only recourse.

Dr. Garpestad says, "We interviewed everyone to see how they maintained the central line, and when we found one practice that was proven to work well, we were able with hospital leadership's encouragement to roll it out in other parts of the hospital."

The best example of how Tufts MC found and disseminated best practice involves the hospital-wide educational roll-out to all providers on how to keep the central lines' "ports" or "hubs" sterilized.

Therese Hudson-Jinks, R.N., MSN, Tufts MC's Chief Nursing Officer and V.P. of patient care services, says, "Whenever we administer fluid or medications through the central line, we 'scrub the hub', meaning we really clean that port in a certain, prescribed way for at least 15 seconds. We don't swipe it with alcohol - we scrub it."  In an effort to keep unused ports clean and ready for use, Tufts MC rolled out alcohol swab-caps, which are protective caps that have alcohol soaked gauze inside of them and that are placed on unused ports on central venous catheters. "In a 'small test of change' the alcohol swab-caps were used on two of our high risk floors with notable decreases in CLABSI rates," Hudson-Jinks says. "Now capping as well as scrubbing is standard operating procedure throughout Tufts Medical Center."

Hudson-Jinks says, "We formed a small team to ensure that we weren't just meeting the bundled care goals but that we were also engaging the community on the steps we were taking."  Because administrators and others throughout the hospital were involved in the CLABSI-fighting effort, the team had the support to make the changes it needed.

For instance, when it became apparent that the best way to determine if a vein was a good candidate for a central line was to view it with a portable ultrasound machine, hospital administration budgeted for additional ultrasounds so that they could be readily available. Because each nurse involved in central lines had to be trained in new protocols, money for that education effort was found.  When the team discovered that the length of the central line may affect infection rates (the shorter the length exposed outside of the patient, the less chance pathogens would use it as a ladder into the body), other units adopted the shorter-lengths, when possible.

The team also determined that having a cart in close proximity to the patient fully loaded with everything needed for an insertion (lines, antiseptic, syringes, gowns and gloves, etc.) eliminated the need for a clinician to leave the room to get a piece of equipment from a supply closet. (If someone leaves the room, they leave the sterile area and increase the chance for infections.)

"If you were to view the insertion of a central line it would look like an operating room," says Susan Murray, R.N., MPH, infection preventionist. "Everyone is gowned and gloved."  And one of the first steps in ensuring the cart is placed properly in the patient's room.

Central lines are inserted by M.D.s, but a physician assistant or nurse practitioner can also be certified to perform the procedure.  An R.N. is nearby maintaining the checklist and electronically tracking the fulfillment of each step; that nurse monitors the physician and has the authority to enforce a halt if a step is not met. (In very rare instances when a central line is needed ASAP to save the life of a patient, sterile procedures are maintained but the checklist may have to be skipped. "If you don't follow the checklist for whatever reason, the line comes out within 24 hours," Murray says.)

Even the bandaging that covers the central line insertion is applied following a strict procedure.

"We have one way to apply the dressing and R.N.s have to demonstrate competency in that area," says Chief Nurse Hudson-Jinks. "There's a methodology for applying the dressing because you don't want too much of the line exposed and you don't want it pulling away from a patient."

Even though Tufts Medical Center has achieved tremendous success, the core CLABSI-fighting team at the hospital doesn't feel as though it has reached its goal. That's because there is no finish line in the fight against infections. The goal is simply to never waiver from proven strategies for fighting infections, while testing new improvements that come along.

Says Murray, "We analyze each time a patient gets an infection, performing a root-cause analysis. Even the way we discuss our work now is different.  We don't say, 'We had an infection' but rather 'We have a patient with an infection.' We always keep in mind that it's our patients who are affected by what we do."