South County Hospital of Wakefield, R.I., in 2014-15 noted a spike in post-cesarean surgical site infections (SSI). An inter-professional team was established to review current practice and opportunities for improvement, and settled on a goal of “zero harm.”

To meet the goal, the hospital made changes to its “Best Practice Care Bundle,” instituted provider and staff education, as well as patient education and communication, and ongoing surveillance.

In order to measure improvement strategies, South County initially implemented small tests of change but did not see significant change in its SSI rates. Then the hospital implemented a series of nurse-driven practices that included:

Staff used reminder phones calls for CHG wash for planned C-sections and the SSI data was shared continually shared with staff/providers. Educating patients about the risk of SSI was also part of the process.

It’s important to note that the majority of the changes made were nursing driven or nursing influenced. Surgical site infection prevention is multi-dimensional and is most effective when all significant parties – patients, nurses and providers – are brought together to affect change. 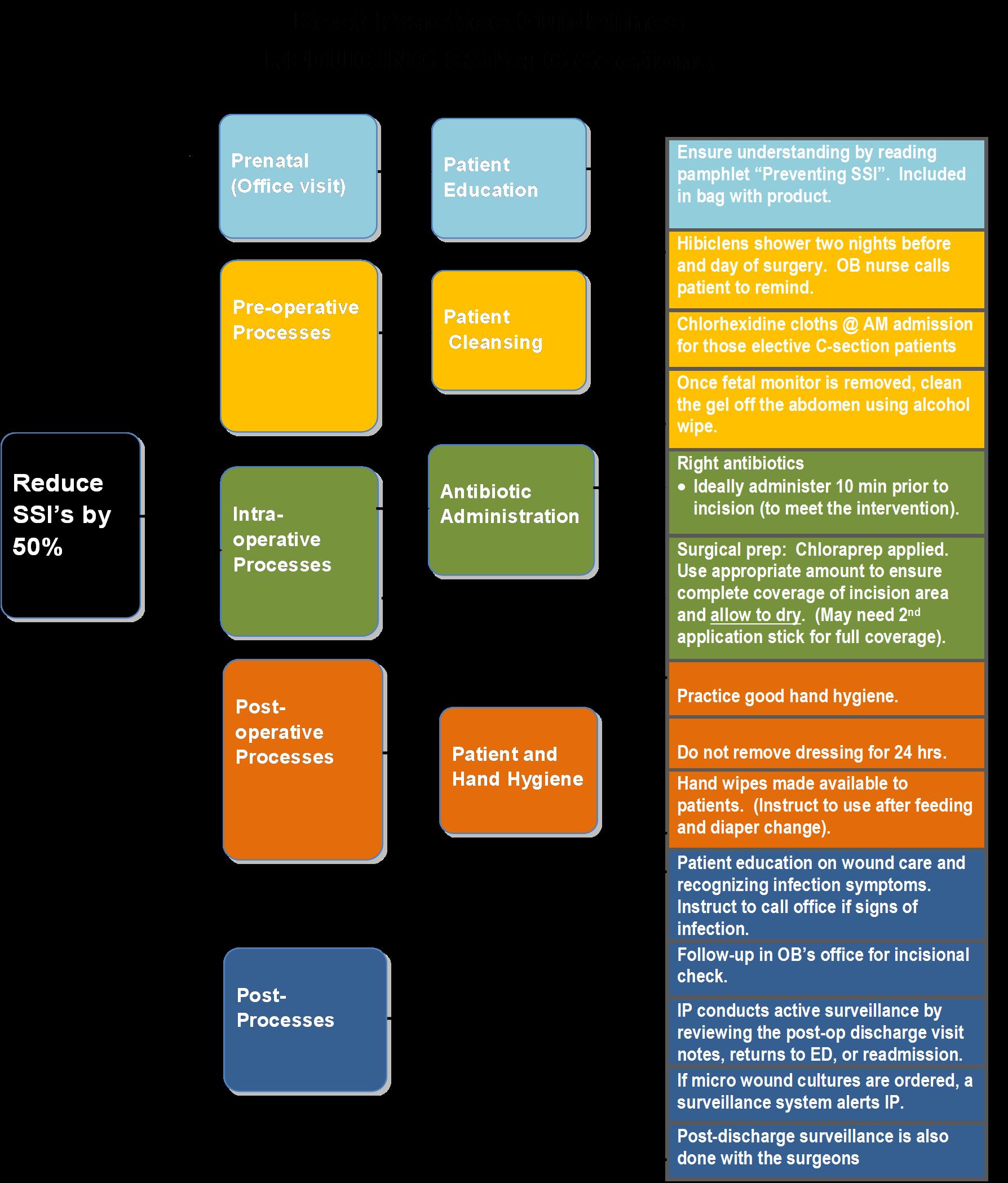