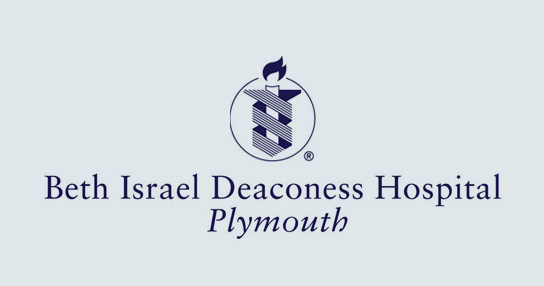 Over six consecutive months in 2013, Jordan Hospital in Plymouth has not recorded a single catheter-associated urinary tract infection (CAUTI) in its Critical Care Center- an impressive statistic that has required intensive, shift-by-shift persistence by caregiving teams throughout the hospital and a wholesale change in the hospital's culture.

By eliminating incidences of CAUTI, a common infection in hospitals throughout the U.S., Jordan has created a safer environment for patients and reduced the length of time patients stay in the hospital, incurring additional healthcare costs.

But achieving the success has not been easy.  An intensive education program involving the hospital's Board of Trustees and personnel in the Emergency Department, Critical Care Center (CCC) and other units throughout the hospital, has been followed by daily and even hourly assessments of patients with catheters.  The surveillance, discussion, and effort to curb infections are unending and are now ingrained within the hospital's culture.

"We began with the premise that anytime you insert anything into a person's body that they didn't come into the hospital with, it increases their susceptibility to infection," says Kathleen M. Mercurio, R.N., infection preventionist at Jordan. Foley catheters, which are thin flexible tubes that are passed through the urethra and into the bladder to drain urine, are, in effect, "ladders" that bacteria can use to climb into the patients' bladder, potentially causing an infection.

Inserting a catheter into compromised patients was standard operating procedure in all hospitals up until five years ago.  It is estimated that about 20% of patients in acute care hospitals are catheterized, with the percentage higher for Medicare patients. Because catheters drain urine (as opposed to having to move a patient to a bathroom or bedpan), the general thinking was that a patient could remain more stable in a bed as they were treated and recuperated. But infections became persistent and the Centers for Medicare and Medicaid Services (CMS) determined that CAUTI was a preventable occurrence. CAUTI was then named a complication for which hospitals would no longer receive additional payments as of October 1, 2008.

The American Recovery and Reinvestment Act of 2009 authorized $50 million to fight infections, including CAUTI. The Health Research & Educational Trust, through a contract with the Agency for Healthcare Research and Quality, coordinates the national CUSP (Comprehensive Unit Based Safety Program) CAUTI initiative, while the Massachusetts Hospital Association (MHA) and similar state associations coordinate "On the CUSP: Stop CAUTI" initiatives within 35 states around the country.  Jordan's effort is part of the state initiative involving 15 Massachusetts hospitals that in June 2012 started the "On the CUSP Stop CAUTI" project, which will continue through February 2014.

GETTING RESULTS AT JORDAN

Mercurio says that the challenge at Jordan was threefold - to reduce catheter associated urinary tract infections in the Critical Care Center (which is what Jordan calls its ICU); to decrease the number of days a Foley catheter stays in a patient (hence decreasing the chance for infection); and to promote alternatives to Foleys that are non-invasive.

The main component for achieving those goals, says Lisa Bergendahl, Jordan's director of Critical Care and Respiratory Therapy, is simply talk, talk, talk among the nurses, Managers, and personnel throughout the CCC and the hospital.

"We're always discussing, 'Why do [patients] have the catheter? Do they need it? What's the risk-benefit? And can it come out?' " she said.  "As to 'why' a patient has a catheter, that comes down to strict criteria from the CDC [Centers for Disease Control and Prevention]."

CDC currently has six reasons for allowing insertion of a urinary catheter, ranging from the patient having a bladder obstruction, to the need for accurate measurements of urinary output in critically ill patients, to improving comfort in end-of-life patients.

"It's not wishy-washy criteria," said Mercurio. "There's not a lot of wiggle room. So there's a lot of talking between team members every shift. We have begun to see very productive conversations between nurses and physicians such as: 'It's day three and I don't think it [the catheter] should be in there any longer.'"

Nurses on each shift have to enter computerized documentation, answering, among other items: When was the catheter inserted? Where was it put in? (In the ED, CCC or on a med/surg floor) and why was it inserted.  To answer the "why," a nurse has to check off on the computer screen one of the CDC-approved guidelines.  Those same questions are answered for each patient when a new shift begins, demonstrating that for a quality-improvement strategy to work, repetition of many tasks is imperative.

Connie Schmidt, Jordan's manager, Infection Prevention and Control, says that an  ultrasound-like device called a bladder scanner has been a great help in cutting down on the use of Foley catheters. The hand held bladder scanner can precisely measure the amount of urine in the bladder, allowing a nurse to consider if alternative treatment is required to remove urine, as opposed to the older method of inserting a catheter to measure urine retention. Other alternatives Jordan Hospital uses include bedside commodes to allow patients quicker access, and externally placed condom catheters for male patients.

The use of super absorbent padding under patients is being employed as another strategy to fight CAUTI.  That is, if a patient does not have an indwelling urinary catheter and can't get to the bathroom on their own, the padding helps wick away moisture from the skin - which means less potential for skin breakdown for patients.

"We had to create new strategies and processes easy for everyone involved. Using and incorporating a new process into their daily workflow requires a systematic, sensible approach," Mercurio says, drawing a parallel to the initiative to enforce regular hand washing. That directive was clearly understood by all involved, but it wasn't until Purel canisters were set up at virtually every doorway and every sink that hand washing rates increased dramatically.  The same is true for bedside commodes, different sized "condom" catheters, and the prevalence of absorbent pads.  "If it's there for people to use, they'll use it."

"Anytime you want to change a person's habits, you have to give that person a reason for the change - a reason that hits something inside of them that makes them value the change," Mercurio says.  For the different cultures throughout the hospital, the reasons she gave varied.

For most, the number of patients nationally that die from CAUTI - up to 13,000 annually - was enough of a reason.  "I told others, 'This is how much longer a patient - perhaps your grandmother - will have to stay in a hospital if she has an infection'," Mercurio says, adding that the increased costs associated with Hospital Acquired Infections- by some estimates up to $500 million annually throughout the U.S. - also resonated with some.

But the biggest reason for the change that occurred at Jordan is that everyone realized that the evidence-based strategies the infection team was promoting were the right thing to do to make the hospital's patients more comfortable and safe.

As part of the CUSP CAUTI project, Jordan Hospital participated in a Hospital Survey on Patient Safety Culture in August and September 2012.  The survey allowed Jordan to examine the staff's perspective on how safe they feel the environment is on each unit to accept change and improve patient safety.  Jordan will complete the survey again in October 2013 and compare the results to evaluate if its efforts have improved the hospital's safety culture.

In July and November of 2012 and January and February of 2013, Jordan Hospital had one patient in each of those months who developed a CAUTI.  That's not a terrible track record, but as Mercurio says, "One is too many. One is someone's dad getting an infection."

But from March through August 2013 (the latest full month recorded), Jordan Hospital has had zero CAUTIs.

And, the number of Foley catheter days - that is, the number of days that patients had catheters - steadily dropped, evidence of the strategy of removing them as soon as possible. The decrease in Foley catheter days occurred even as patient days in the CCC increased. That is, more patients, less days with them having catheters, and less chance of them getting an infection.

"Sometimes, of course, a catheter is needed, according to the CDC directives and the medical needs of the individual patient, but we stay on top of the situation and take it out as soon as we can," Mercurio says, adding, "If it goes in today, it may very well be removed tomorrow, when the patient has stabilized."